Background of the country

History: The first known inhabitants of the islands were Taíno Indians, who left evidence of their occupation in the form of utensils and a ball court. Locals claim that the islands were the first landfall of Columbus in 1492. Some argue for Grand Turk, where a monument casts the claim in stone.  The arrival of Europeans spelled the end for the Taínos, who had either been forced into slavery or had succumbed to European-borne diseases by the mid-16th century. During the 16th, 17th and 18th centuries, the islands passed from Spanish, to French, to English (subsequently British) control, but none of the three powers ever established any settlements.

From about 1690 to 1720, pirates hid in the cays of the Turks and Caicos Islands, attacking Spanish treasure galleons en route to Spain from Cuba, Hispaniola, and the Spanish possessions in Central America and Peru. The islands were not fully colonised until 1681, when salt collectors from Bermuda built the first permanent settlement on Grand Turk Island.

Today: The Turks and Caicos Islands consist of 40 islands and cays, eight of which are inhabited. The islands are located 550 miles southeast of Miami, Florida, just below the Bahamas chain and just to the east of Cuba and the island of Hispaniola (Dominican Republic and Haiti.) Technically, the Turks and Caicos are located in the Atlantic Ocean, not the Caribbean Sea. The islands of the Turks and Caicos are almost as diverse as its people. From the main tourist center of Providenciales to the quiet and tranquil islands of North and Middle Caicos to the historic Capital Island of Grand Turk; each one offers a different experience and a unique character, but all offer year-round great climate, beaches and underwater activities.

Map, picture of the flag 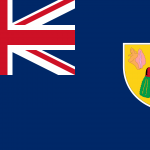 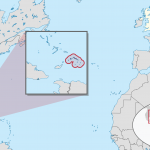 Initially, the economy of the Turks and Caicos Islands relied on the export of salt and conch meat. Over the years, various exports maintained the local economy. Guano, cotton, sisal, fish, lobster and sponges have been replaced by tourism and a financial services industry. Fish and seafood are still lucrative exports.

The Turks and Caicos economy is based on tourism, offshore financial services, real estate development, and fishing. Most capital goods and food for domestic consumption are imported. The US is the leading source of tourists, accounting for more than three-quarters of the more than 1 million visitors that arrive annually. Three-quarters of the visitors come by ship. Major sources of government revenue also include fees from offshore financial activities and customs receipts.

GPD (greatest economic sectors), landuse (a map would be an asset), Spatial development plan and/or Strategic Development for the country (provide link to document or website if possible)

The Turks and Caicos Islands is projected to have some of the region’s highest GDP growth in the coming years, according to data from its Strategic Policy and Planning Department The economy has recovered strongly since being hit hard by the global economic crisis. We now enjoy one of the fastest growth rates in the Caribbean; an annual budget surplus; and a Standard & Poors’ credit rating of BBB+. With a GDP growth of 5.94% in 2015, the Turks and Caicos is projected to experience economic growth of 4.4% in 2016, 4.3% in 2017 and 5.3% in 2018. This projected growth will be driven mainly by strong performance in the tourism sector and projected private sector investments worth more than $400 million dollars.

The two groups of islands that make up the TCI are separated by water, but their vegetation and land formation are similar. The islands are comprised of limestone and the land is well weathered. The northeastern sides of the islands are built up and form cliffs and ridges with many cracks, caves and holes that lead to the ocean. The southwestern coastlines of most of the islands are indented with creeks, mangrove swamps and tidal flats.

The Turks and Caicos have a few fresh water reserves at ground level. On limestone islands, which are mostly flat and low lying, there are no possibilities for large scale surface storage. In addition, groundwater may be present in thin lens-shaped bodies. These lenses are found in a very delicate equilibrium with saline seawater and can be destroyed by improper extraction, drought or tidal waves.

Ocean water temperatures at the surface are between 78°F to 82°F (25°C - 28°C) in the winter months, perfect for swimming and snorkelling.

Climate change brings the potential for an increase in the intensity of tropical storms and hurricanes. In 2011, the Turks and Caicos Islands, in collaboration with the Caribbean Community Climate Change Centre and the United Kingdom Department for International Development, developed a climate change policy, which provides a five-year mitigation strategy. A National Climate Change Committee remains active, but financial constraints and limited technical capacity have hindered successful implementation efforts

The Institution(s) responsible for water (include link to websites) Providenciales is the most populated of the Turks & Caicos Islands. For the island of Providenciales the major water utility privately owned and operated by the HAB Group. Providenciales has no source of natural freshwater and minimal annual rainfall. The island therefore relies on the production of desalinated water, produced by Turks & Caicos Water Company Ltd and distributed by Provo Water Company Ltd. HAB Group purchased TCWC in 1989, in conjunction with the initial plans to build Provo Golf Club.  Provo Water Company was then set up in December 1996 to lay water mains and distribute water across the islands, with coverage now exceeding 90% of Provo’s developed areas. The success of both companies reflects the growth in development on Providenciales and represents an important operational and community aspect to HAB Group’s activities.  https://habgroup.com/water

The other inhabited sister islands get their water through the use of government owned and operated desalination water plants and rainwater catchments.

Eighty-two percent of households had access to safe drinking water through indoor (piped) plumbing in 2012, and 67% collected rainwater in cisterns for personal use. More than 90% of the population used bottled or filtered water for drinking purposes (5).

In 2012, approximately 16% of households either used pit latrines or had no toilet facilities, which represents a reduction from the 32% reported in 2001 (5). Domestic wastewater is collected primarily in septic tanks. There were 75 wastewater treatment plants, located mainly on Providenciales. Many resorts treat and recycle gray water for landscaping purposes. There are two landfills (one on Grand Turk and the other on Providenciales), and five dump sites (two on North Caicos and one each on South Caicos, Middle Caicos, and Salt Cay). https://www.paho.org/salud-en-las-americas-2017/?p=2578

Water resources: The TCI are water scarce, with very limited natural freshwater resources potable water is typically sourced from reverse osmosis desalination of brackish, underground water on the populated islands of Providenciales, and Salt Cay; while on the less populated islands, many homes have sizeable cisterns to store water (which have been required by law), and these may be replenished either from rainwater or via truck borne water supplies. Non-potable water resources including sea water and brackish groundwater are also utilized for flushing toilets

The Government of the Turks and Caicos Islands (TCI) is taking steps towards improving the country’s solid waste management systems through a loan of USD 672, 500 from the Caribbean Development Bank (CDB). Solid waste management has become an increasingly critical issue in the tourism-dependent territory as rapid growth in the tourism sector, population increase and changing consumption patterns have led to a corresponding increase in solid waste generation. Consequently, inadequate solid waste management has been identified as one of the key environmental threats facing TCI, an issue which the Technical Assistance project will help the country assess and address. The scopes of work for this project also includes several independent environmental and social impact assessments.

The Institution(s) responsible for provision of solid waste management services

Environmental Health Department (EHD) is an arm of the Ministry of Health, Agriculture, Sports and Human Services