The Sixteenth Inter-American Water Day was celebrated on Saturday 4 October 2008 with the theme being “Safer Water, Better Health” The organizing committee consisted of the Caribbean Water and Waste Water Association (CWWA), the Water and Sewerage Authority and the Pan American Health Organization.

This year the talent displayed by the young competitors proved once again to be of high standards, thus making judging quite difficult. This resulted in the distribution of tied place winners as well as special prizes to those who could not be placed but still were deserving of an award. The Prize Giving Ceremony took place at WASA’s Public Education Centre (PEC), where the pupils as well as their proud parents and teachers attended. The Ceremony culminated with the first place winners giving vivid renditions of their written or calypso/rap pieces. 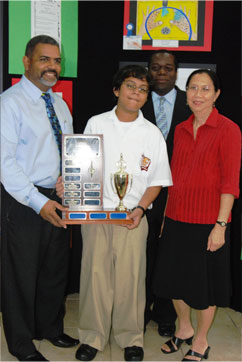 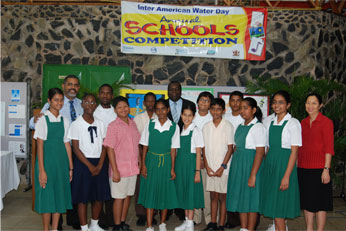