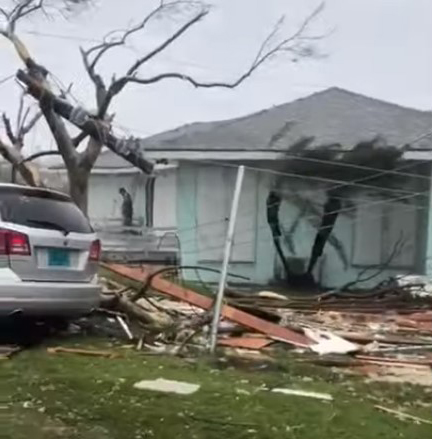 With peak winds of 185 mph, Hurricane Dorian is the strongest storm on record to strike the Bahamas, and threatens to bring hurricane-force winds, coastal flooding and other impacts to the east coast of Florida and Southeast U.S.

It also ranks as tied for the 2nd-strongest storm (as judged by its maximum sustained winds) ever recorded in the Atlantic Ocean, behind Hurricane Allen of 1980, and tied with the 1935 Labor Day Hurricane for the title of the strongest Atlantic hurricane at landfall.

The storm’s peak sustained winds are the strongest so far north in the Atlantic Ocean east of Florida on record. Its pressure, down to 910 millibars, is significantly lower than Hurricane Andrew’s when it made landfall in south Florida in 1992 (the lower the pressure, the stronger the storm), and data taken by Hurricane Hunter aircraft flying inside the storm show that Dorian may still be intensifying.