Hurricane Dorian destruction set to cost Bahamas ‘up to billions’ 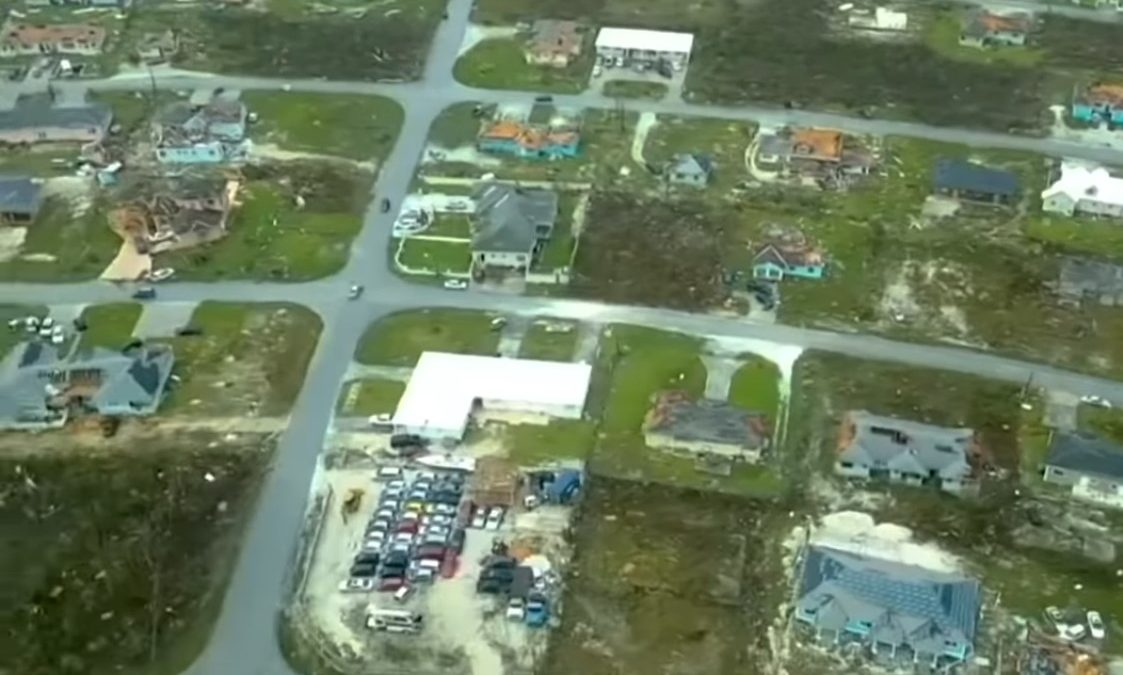 The destruction caused by Hurricane Dorian in the Bahamas could cost “hundreds of millions, if not billions” of dollars to repair, according to the deputy prime minister, as aerial images showed whole neighbourhoods destroyed.

With the death toll climbing to seven and scores more still missing, helicopters operated by the US Coast Guard among others were delivering emergency supplies to residents on the Abaco Islands and Grand Bahama, the two worst hit locations in the Caribbean nation’s north.

“It’s total devastation. It’s decimated. Apocalyptic,” said Lia Head-Rigby, who helps run a local hurricane relief group, after flying over the Abaco Islands. “It’s not rebuilding something that was there; we have to start again.”

She said her representative on Abaco told her there were “a lot more dead”, though she could not provide numbers as bodies were still being gathered. Images on local media showed bodies being put on a truck, and there were fears others may have been washed out to sea during the storm surges that inundated the islands.

According to reports early on Wednesday, some people remained stuck on rooftops waiting to be rescued. The death toll is expected rise in the coming days.

As the storm diminished from a powerful category 5 and moved on towards the US coast, the full scale of the damage started to be revealed, with airports underwater and whole residential neighbourhoods smashed by winds that reached 185mph and pounding waves.

Initial assessments suggested that thousands of buildings had been damaged, some beyond repair, while people took shelter in cramped attic spaces to escape the rising flood waters.

Aerial and satellite images showed flood waters covering much of the northern islands.

The health minister, Duane Sands, said Dorian left the main hospital on Grand Bahama unusable, while the hospital at Marsh Harbour on Abaco was in need of food, water, medicine and surgical supplies. He said crews were trying to evacuate up to seven kidney failure patients from Abaco who had not received dialysis since Friday.

The Red Cross spokesman Matthew Cochrane said more than 13,000 houses, or about 45% of the homes on Grand Bahama and Abaco, were believed to have been severely damaged or destroyed. UN officials said more than 60,000 people on the islands would need food, and the Red Cross said about 62,000 would need clean drinking water.

The Bahamas deputy prime minister, Peter Turnquest, said it would require “hundreds of millions, if not billions” to rebuild Abaco and Grand Bahama, adding that the government would be making an international appeal for financial help.

“We have had catastrophic damage to both the public and private infrastructure that will take hundreds of millions, if not billions, to fund recovery and reconstruction,” Turnquest said.

“With approximately 70% of the homes underwater, we anticipate tremendous social and economic dislocation and disruption in the short term. The mental health of those who have endured this monster storm is a priority concern of the government.”

“We are in the midst of one of the greatest national crises in our country’s history,” said Minnis. “No effort or resources will be held back.”

“Marsh Habour has suffered, I would estimate, in excess of 60% damage to their homes,” said Minnis. “The Mud, as we know, has been completely destroyed or decimated,” he added, referring to a shantytown known as the Mud and the Peas.

Five US Coast Guard helicopters were running shuttles to Abaco, and British naval personnel from RFA Mounts Bay also joined the rescue effort. Elsewhere Bahamians used jetskis and boats to get to safety, and even a huge bulldozer, which cradled children and adults in its digger as it churned its way through deep waters.